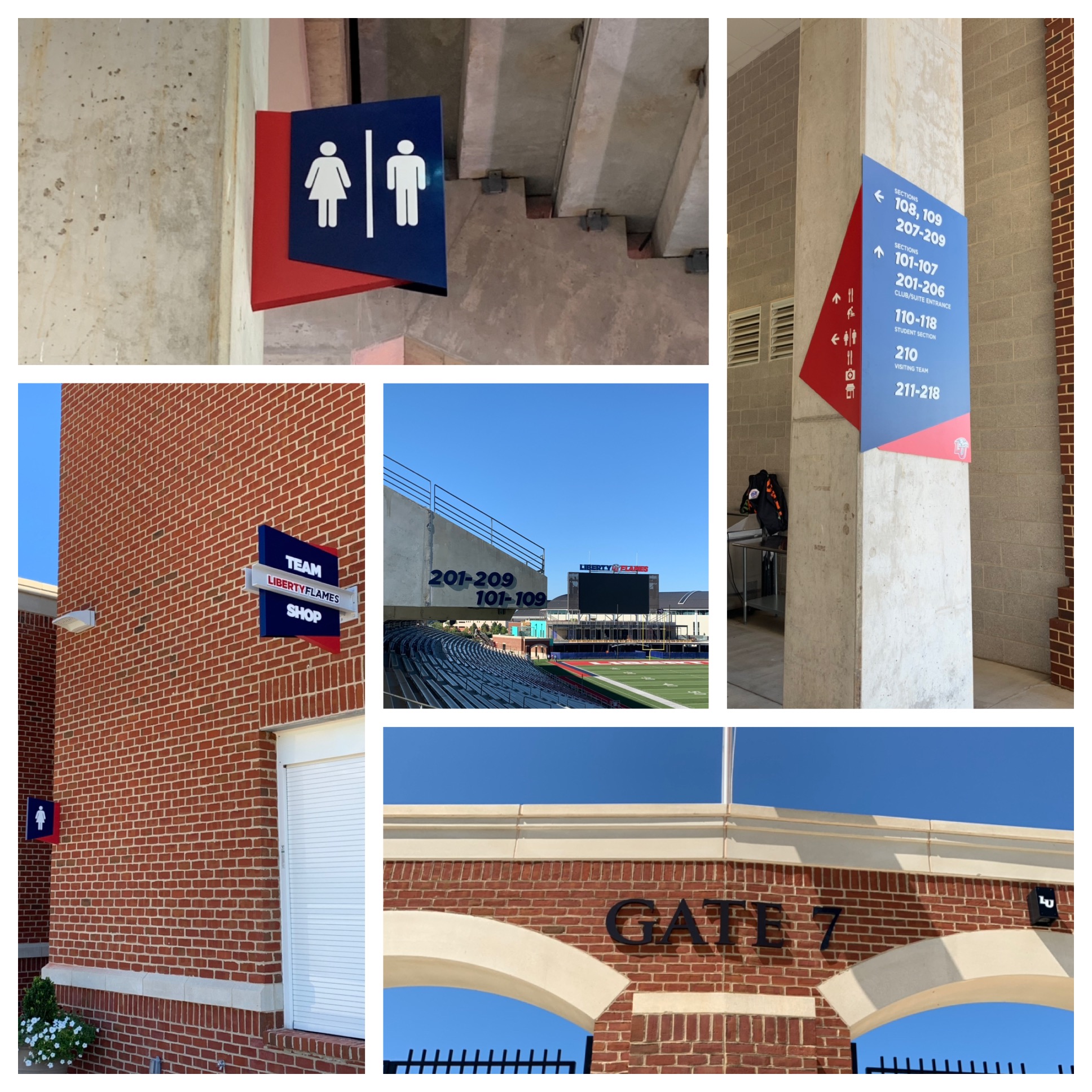 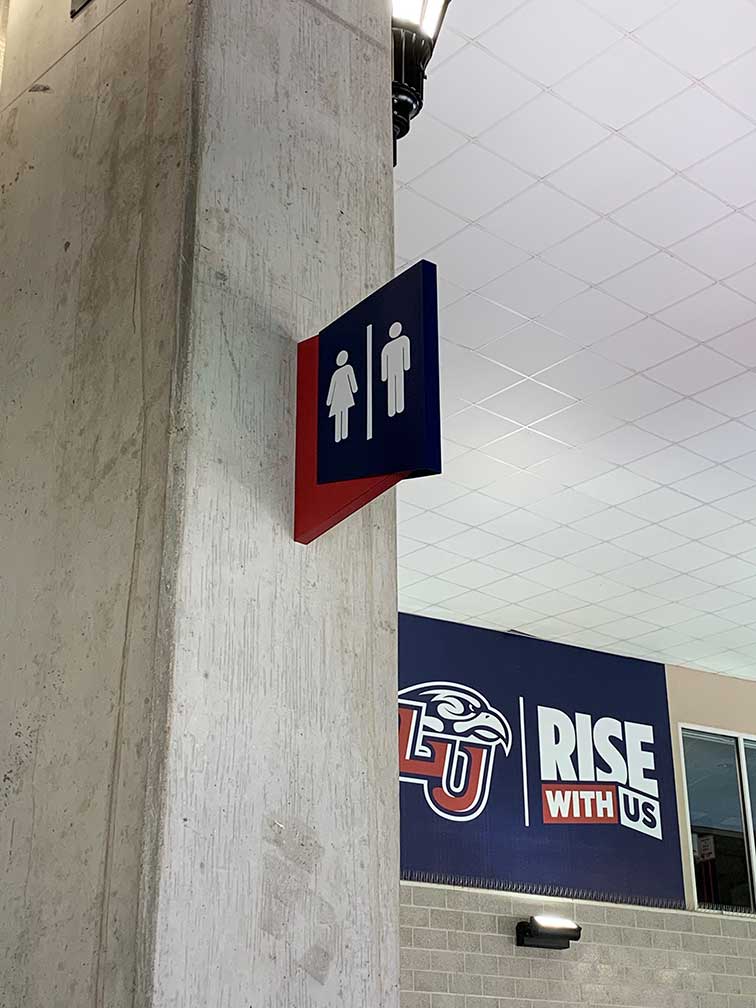 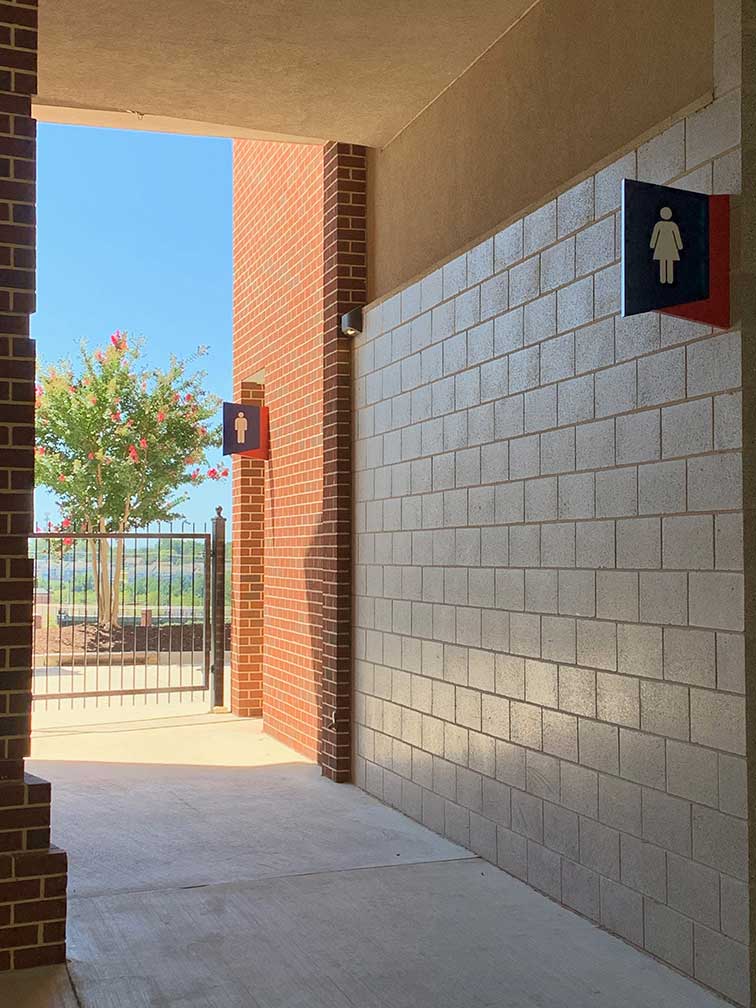 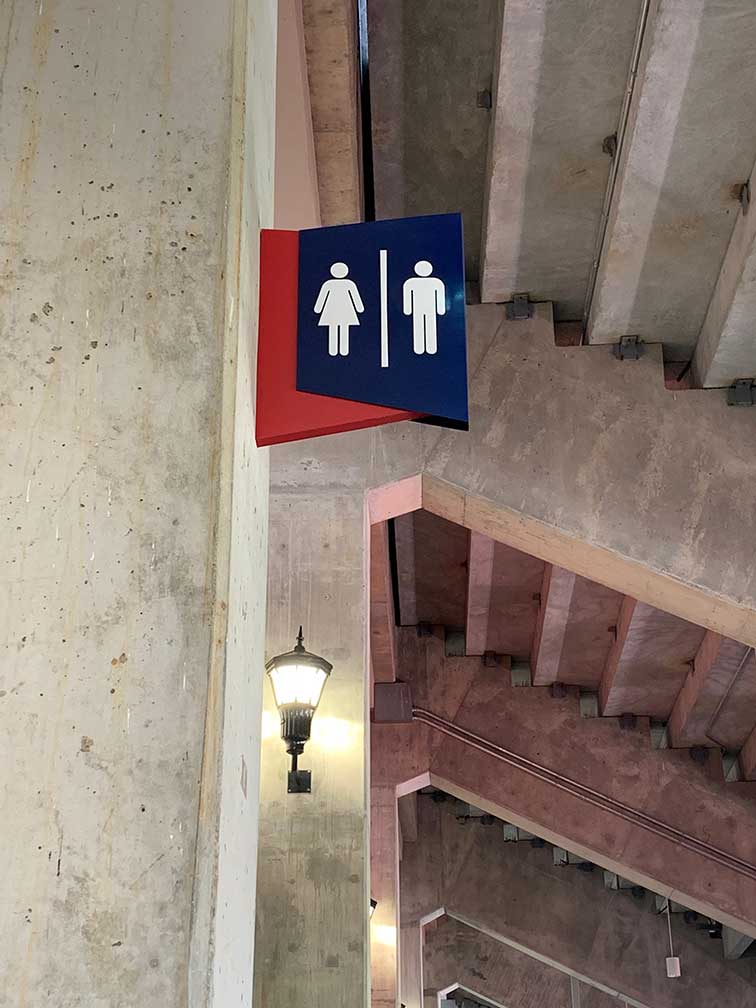 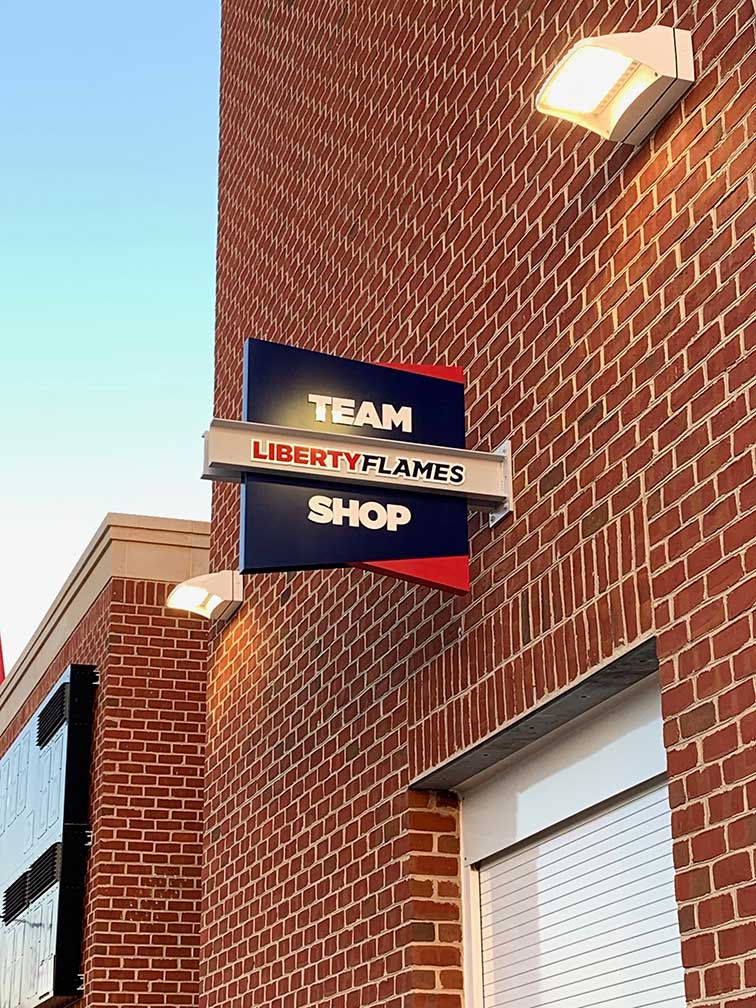 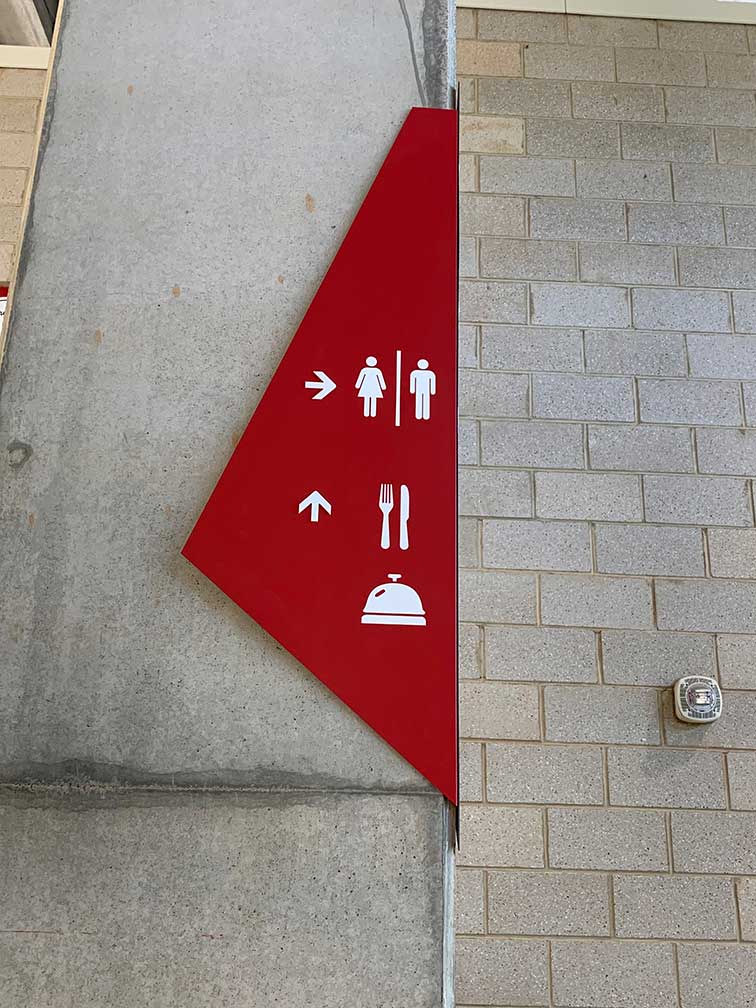 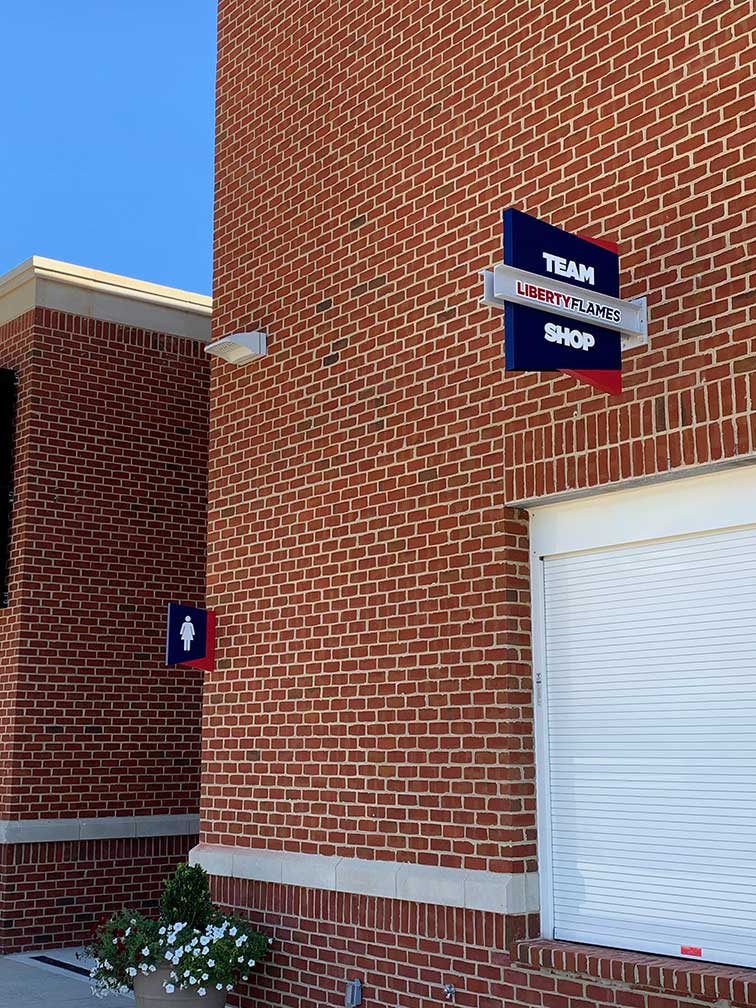 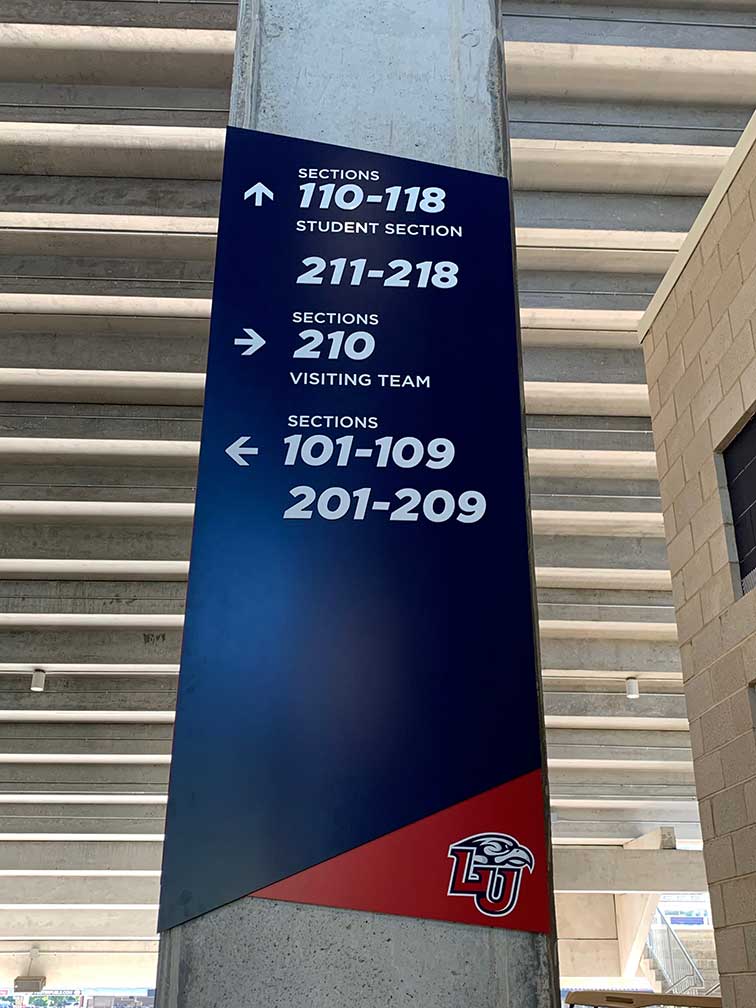 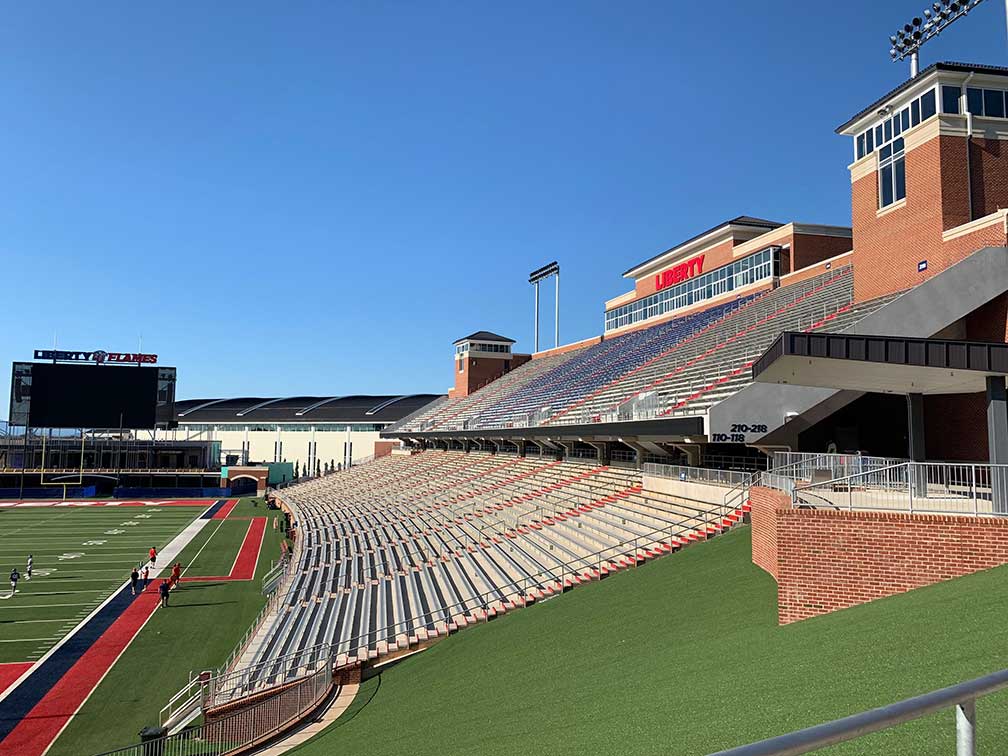 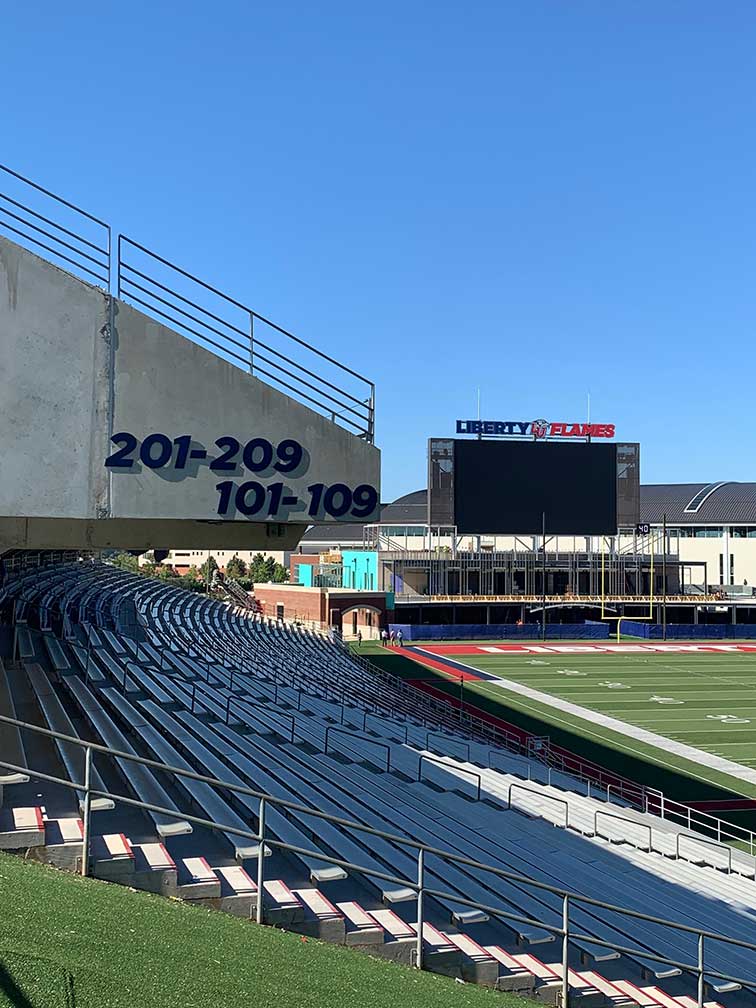 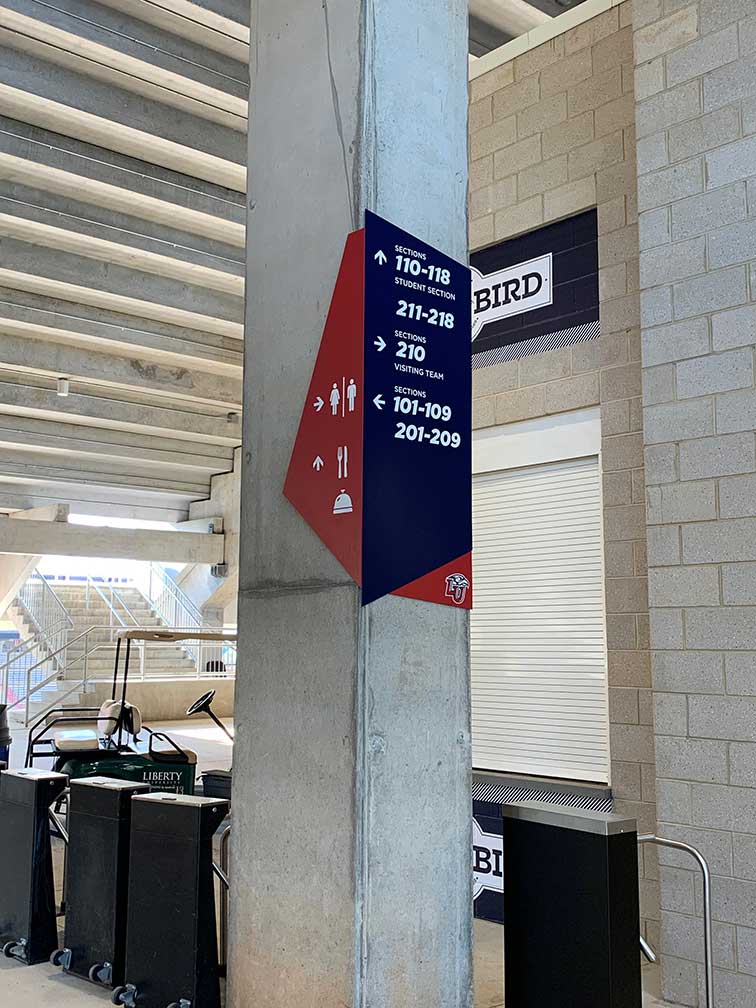 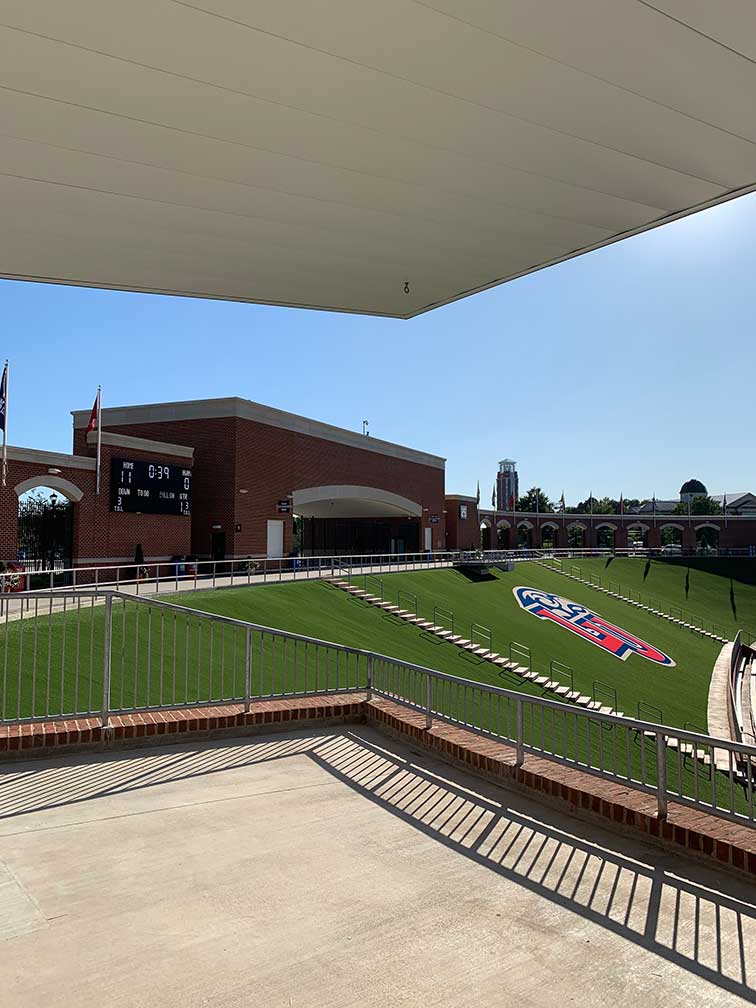 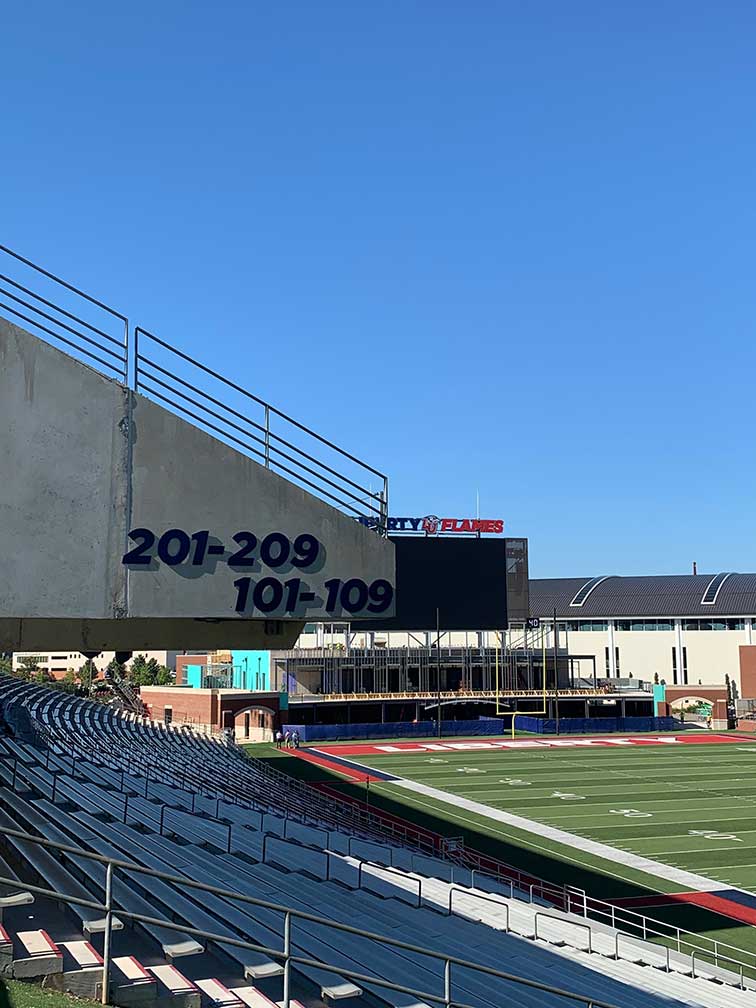 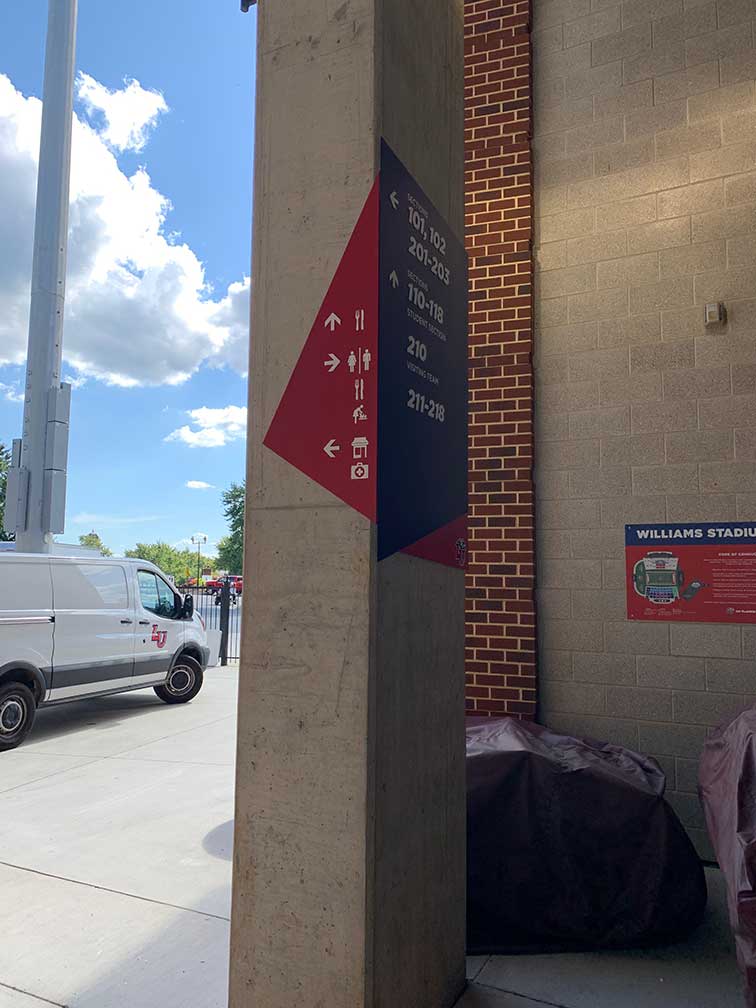 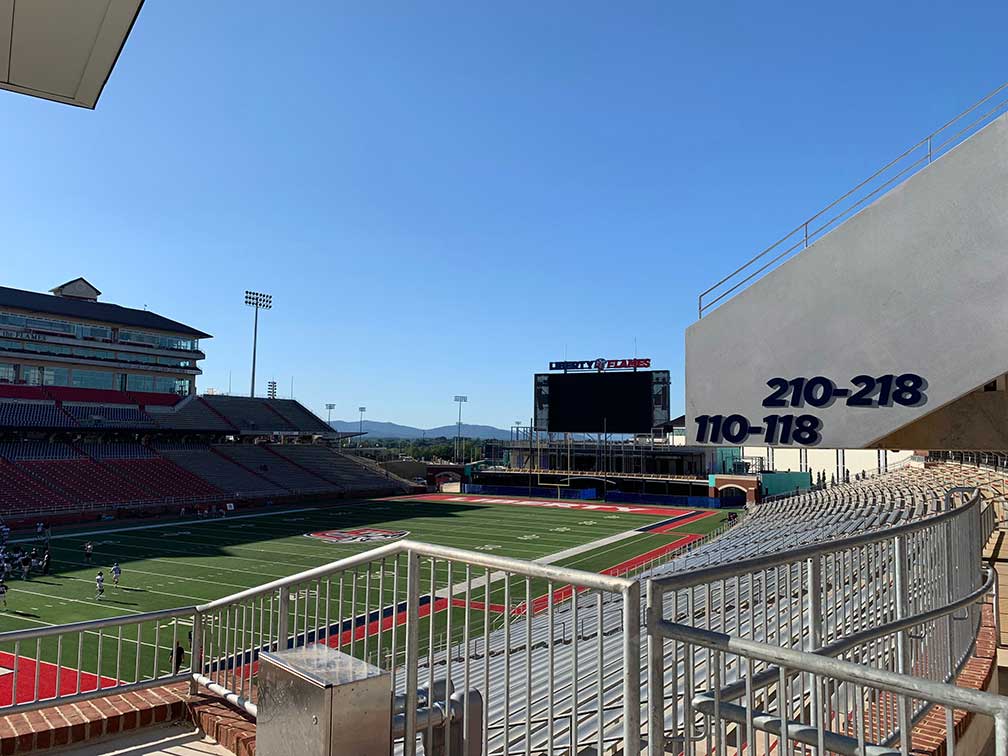 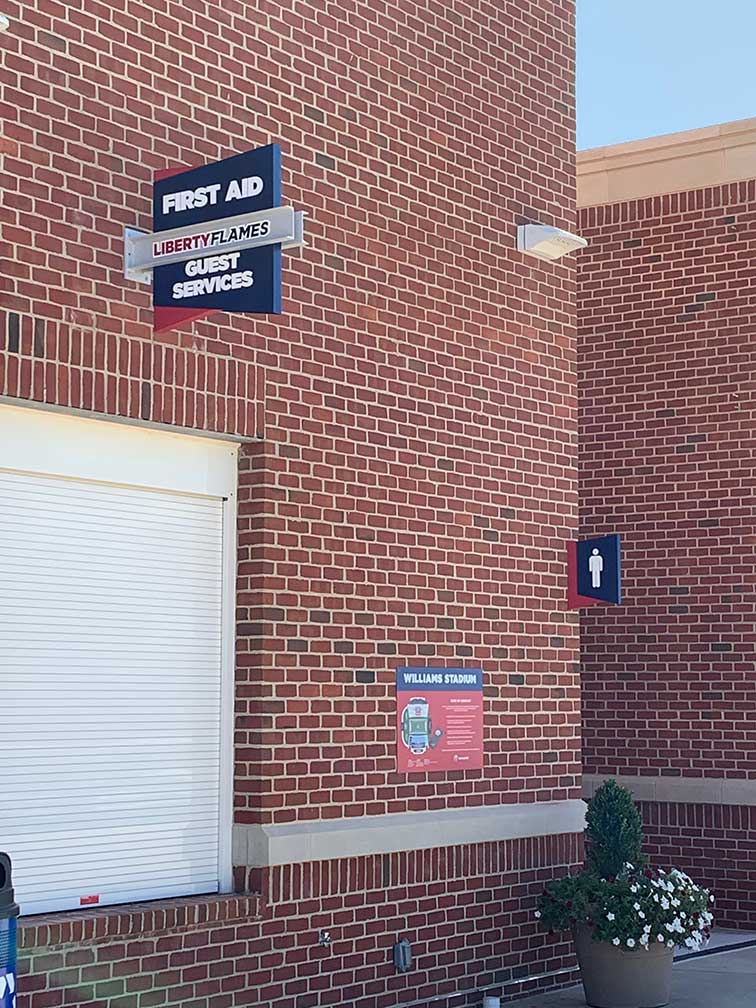 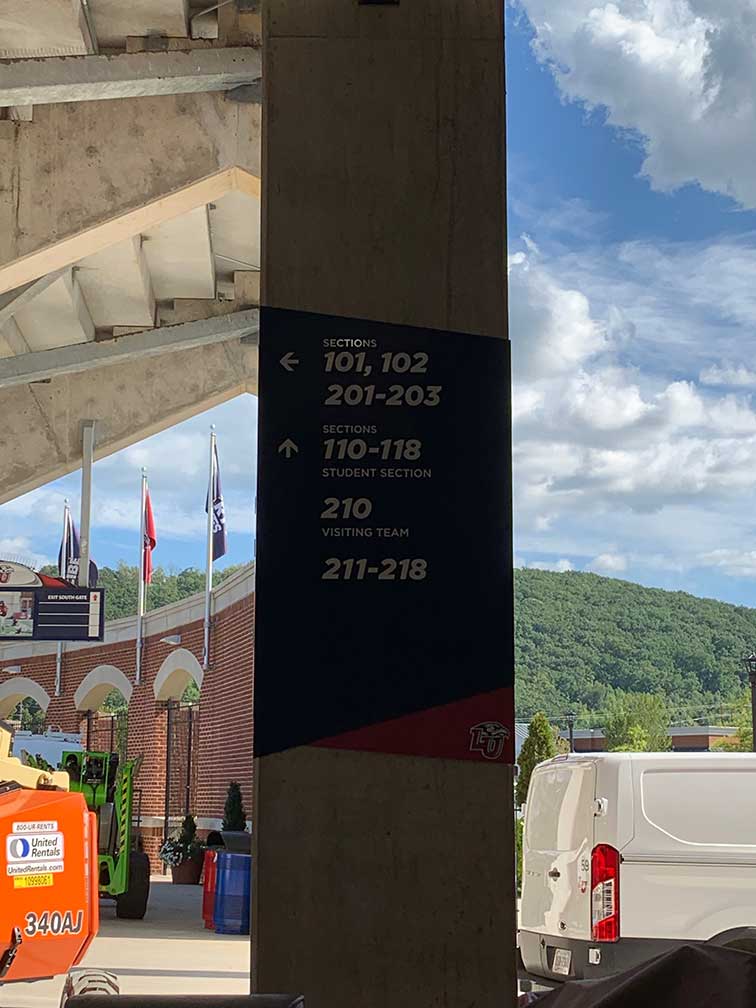 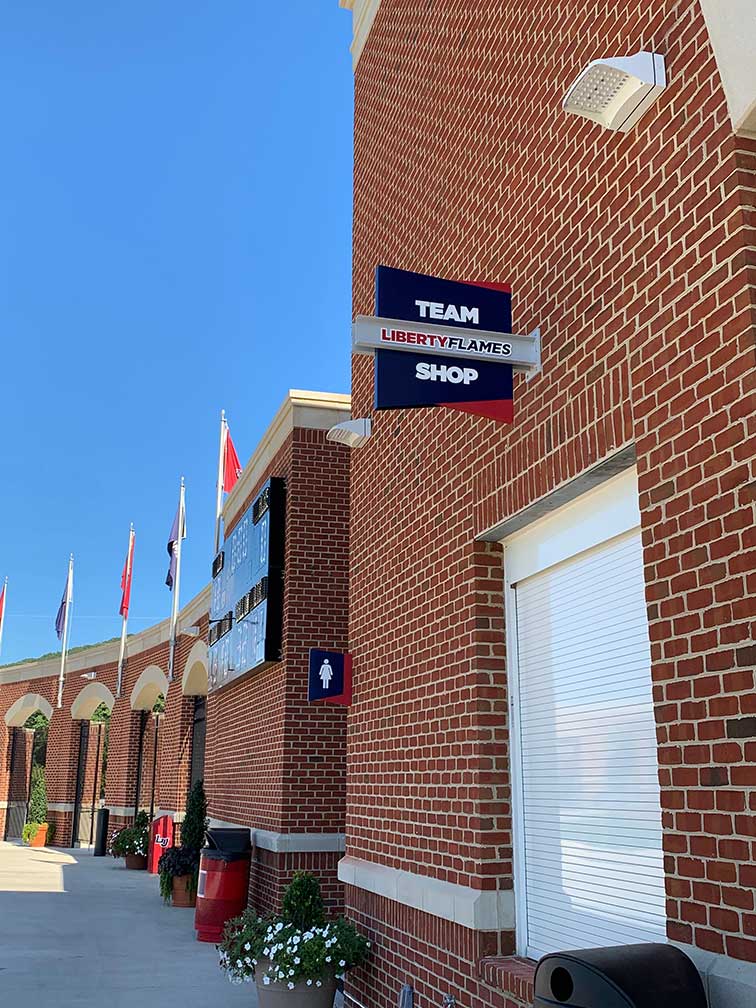 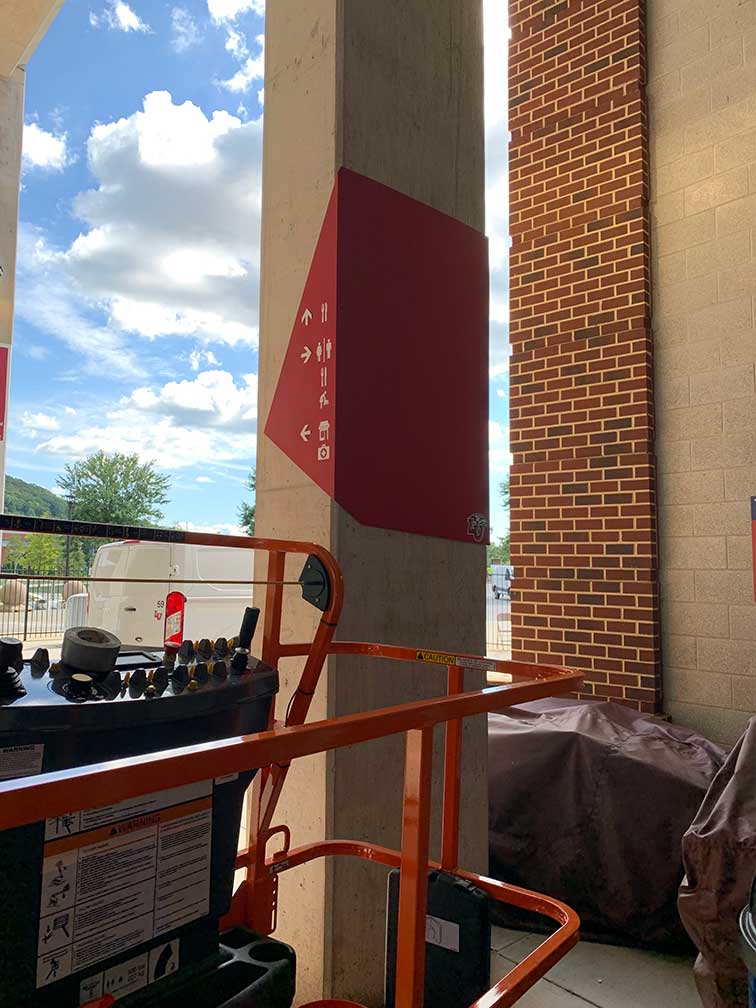 Here at Acorn Sign Graphics, we highly value the partnerships we build with our clients and believe in a collaborative approach to our client work. Over the past eight months, we have been working closely with Liberty University to reinvent and revitalize the signage and wayfinding throughout Williams Stadium. Williams Stadium is home to the Liberty Flames football team, but also hosts a wide range of other events throughout the year.

Williams Stadium was built in 1989 and seats 25,000 people. In 2019, the Liberty Flames football team entered the Football Bowl Subdivision (FBS) of the NCAA’s Division I, which means that they are now eligible to play in Bowl games. Liberty University recently expanded and renovated Williams Stadium to comply with regulations from the FBS and decided to update their signage and wayfinding to reflect the modern changes throughout the stadium.

Liberty hired Acorn to design and fabricate several types of signage for Williams Stadium to assist visitors and guests in navigating the large stadium. Because we believe in a true partnership with our clients, we visited and met with Liberty several times throughout this process to ensure we understood their goals and vision for this large-scale project. This also allowed us to gain a deep understanding of the built environment throughout the stadium so we could determine the most strategic placements for signage.

We fabricated large blade signage that highlights several key locations around the stadium, such as the team shop and guest services. We also developed a secondary wayfinding system of column directional signs that compliment the overhead directional signage. As we created these wayfinding systems, we also assisted Liberty in renumbering and identifying gates around the stadium with large halo lit signs and standalone signage.

We are in the process of finalizing the new overhead signage and will be installing it prior to the 2020-21 academic year. Stay tuned for photos and updates of Williams Stadium after the signage is installed!